Hippo Learns All About “Minnesota Nice”

Living in California, I thought I knew nice. But the rumors are true: “Minnesota nice” is in a whole different category. We suspect it’s part of the reason that so many people born in Minnesota stay in Minnesota. Inspired by the state’s most famous feature, we’re bringing smart, affordable homeowners insurance to the “North Star State’s” 6 million residents. How nice is that?

As it turns out, the state’s second most famous feature, 11,842 lakes, provide more than natural beauty and adventure. Combined with the fact that Minnesota is the northernmost in the continental U.S., it faces some seriously fierce winters. Minnesotans have to be prepared for damage from snowstorms, heavy ice and unexpected cold fronts.

The “Land of 10,000 Lakes” also suffers its fair share of hail. Along with Ohio, Minnesota is the only state featured in the Insurance Information Institute’s list of highest average claim severity ($7,400) and highest average claims loss ($252,245,000) per year – all due to hail. In 2017 alone, 44% of Minnesota homes were affected by hail. One particular storm last year brought hailstones up to 1.75 inches in diameter, leaving many homeowners victim to broken windows, displaced roof shingles, fallen trees and more.

Unfortunately, getting protected against these dangers can be quite costly. According to the Insurance Information Institute, Minnesota homeowners pay an average of $1,323 per year in insurance premiums. At $150 higher than the national average, that makes Minnesota the thirteenth most expensive state for homeowners insurance. Of course, exactly how much you pay will depend on your home’s location, age and a range of other factors.

It will also depend on your provider. At Hippo, we’ve eliminated excessive coverage for outdated items like pewter and paper stock certificates. We also use technology to more accurately calculate risk profiles and create a smoother application process. As a result, homeowners that switch to Hippo save an average of 25% on their premiums. In Minnesota, that means savings of more than $330 and a premium closer to $993. Just imagine how far those funds would go at the Mall of America.

Despite the lower prices, Hippo policies still cover everything Minnesotans could face. We even include several events that the Minnesota Department of Commerce highlights as common gaps in homeowners insurance, like sump pumps and home offices. While most policies only include $2,000 of coverage for electronics, ours include a $8,000 minimum. We also include domestic worker, appliance and major service damage — just to be safe.

Minnesota has several laws in place to protect their residents. For instance, in most cases, the minimum coverage is 80% of the replacement value of the house. At Hippo, coverage is always based on the replacement cost of a home rather than its market value. Minnesota law also requires some coverage for costs incurred as a result of changing building ordinances. We cover those circumstances too, so you won’t even have to think about it.

Our team will also do what we can to prevent problems from happening inside your home. We give every new policyholder a free leak detector and use big data to identify potential dangers. If we saw that a severe winter storm was headed your way, we would call and let you know. We could also help you secure your home’s contents and find an alternate place to stay.

And though we are modern in many ways, our claims concierge team is entirely human. All claims start and end with one point of contact. In an ongoing effort to offer comprehensive coverage at a reasonable price, we also reward homeowners for anything they do to avoid claims, including significant discounts for installing smart home devices and belonging to a homeowners association.

So whether you’re in the Twin Cities of Minneapolis and Saint Paul or rural towns like Luverne and Red Wing, give us a call. Between years of experience and a network of trusted partners, our team is ready with the answers to your homeowners insurance questions. We can also give you a quote in less than 60 seconds in case you’re thinking about switching providers now that Hippo is an option.

We’ll even expedite the cancellation paperwork with your current provider and sort your unused policy refund for you. That’s how much we care. If you need anything else, you can shoot me an email directly. I’m happy to help — especially for the nice folks of Minnesota. 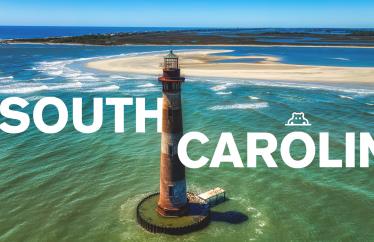 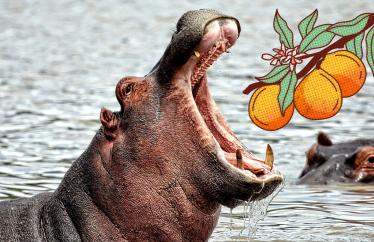