The smallest member of the United States, Rhode Island measures just 48 by 36 miles across. But what it lacks in size, this proud New England state more than makes up for in other ways. For starters, the Ocean State is actually the second-most densely populated state in the nation, just behind New Jersey. And it’s getting even denser—recent figures suggest that about 2,000 people move into the state every year, especially now that the working from home life is becoming a reality for many industries.

Named after the Greek island of Rhodes, Rhode Island is affectionately known as “Little Rhody” among the locals. Or, if you’re feeling formal, you can call it by its original name: “Rhode Island and Providence Plantations,” as it was known until the state government formally dropped “Plantations” from the name last year. We’d rather just call it “home.”

One of the first things people notice when they come to the island is that Rhode Islanders have great accents—just don’t ask them if they’re from Boston. Sure, they may sound similar to the untrained ear, but real locals know the difference. While you’re there, check out the “wicked” great food and drink culture, from Rhode Island-style chowder to steamers to stuffies. So bring an appetite and be ready to eat more quahogs than you ever thought possible.

While the fishing and textile industries used to be the main economic drivers for the state, today Rhode Island’s largest industries are tourism and education. Which is no surprise when you see how beautiful the state is, and then find out it boasts some of the best colleges and universities in the nation. With a population of just over 1 million people (and growing), the state entertains over 24 million visitors every year, explaining why population and housing costs continue to grow year after year.

Have I mentioned it’s beautiful? Painters and tourists have always loved Rhode Island for its picturesque coves and beautiful fall foliage. Best of all, because the state is so tiny, you may not need to drive far (or at all) to take part in all the wonderful activities the state has to offer. You can experience the beaches, downtown city life and the rich history of this coastal beauty, all in a single day. Not convinced? The entire state measures just 1,214 sq miles—that’s less than twice the size of Houston. Plus, it’s a short ride away from other large cities like Boston and New York. It’s like having your (crab)cake and eating it too.

Ready to move to Rhode Island? You’ll be in good company—homeowners make up 62% of the population here. While the cost of living can be a bit higher than the national average, the average home costs around $326,000, which is $14,000 less than the national average. Prices are also on the rise; last year’s average home values went up by 3.4%, and this year, experts predict a 4.1% increase. Even though prices are trending towards the higher side, it’s also a sign that you could make a good return on your investment. And the average Rhode Island home insurance policy costs around $1,743 per year.

The character and charm that Rhode Island is famous for are in part due to its location along the coast, its small-town attitude and the weather, which has been called “moody” by its residents. On average, the state enjoys roughly 200 days of sunshine, while the rest tends to be a mix of pretty cold days and moderate precipitation. Rhode Island also sees its share of Nor’easters, which can lead to many weather-related natural disasters. Every year, the local weather still gets compared to the Blizzard of ’78 or the Hurricane of ’38. But if you’re not a fan of the weather, just take Mark Twain’s advice: “If you don’t like the weather in New England now, just wait a few minutes.”

Sharing a border with Massachusetts and Connecticut, the smallest state in America is situated along the Atlantic Ocean in the southeastern portion of New England. Because of its location, many houses are susceptible to damage from strong winds, hurricanes and storm surges. If you’re wondering what to prepare for in your neck of the woods, the State of Rhode Island Emergency Management Agency’s Threats & Hazards is a great resource.

Between the old, beautiful homes and the unpredictable weather, Rhode Islanders need a modern choice for homeowners insurance. Getting a quote at Hippo.com can take just 60 seconds, with coverage available in four minutes. The Hippo family is sure that our policies will suit Rhode Islander's needs while saving our customers money. In order to stay ahead of the fluctuating weather, we offer each of our customers a complimentary smart home kit to prevent possible damage in the first place. In the unfortunate event that you do need to file a claim, we offer the outstanding customer service that the Ocean State expects. Hippo’s Claims Concierges will walk you through the claims process with kindness, understanding, and responsive care from the beginning of the claim until it’s closed.

Here at Hippo, we know that Rhode Island living is like no other. That is why Hippo uses real-time data to keep assessments about your property up to date and keep you fully insured. Hippo can also save you up to 25% on your home insurance policy by customizing it to your specific needs and removing coverages that don't apply to you or your property.

We’re so excited to have found a new home in the 401. Hippo is available to streamline your homeowners insurance policy, and our hands-on care will do more than dazzle you if you ever require our services. If you're ready for a new kind of homeowners insurance, get a 60-second quote or give us a call at (877) 838-8866 to see what Hippo can do for you.

Summer Travel Is Back: How to Help Protect Your Home When You’re Traveling 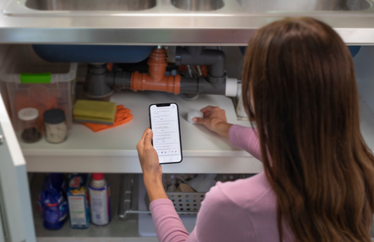 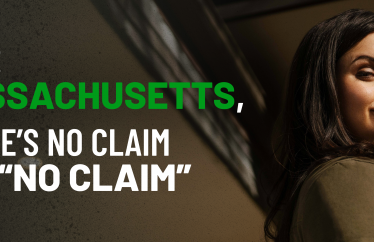 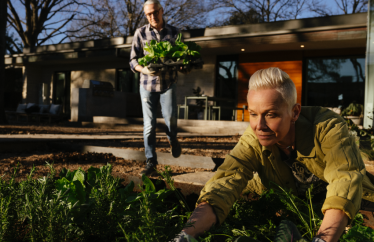