In the wake of natural disasters like the wildfires in California and Hurricanes Harvey and Maria, complaints about price gouging are common. Thirty-four states have anti-price gouging laws. But the costs of essential goods and services tend to increase dramatically in affected areas to capitalize on consumer desperation. Read on and discover what happens to building material and labor costs following a catastrophic event.

The struggle to find enough workers to rebuild

After a natural disaster, first responders and recovery crews arrive to support cleanup and demolition efforts. Then, the reconstruction of homes, businesses and infrastructure begins. Construction workers play a vital role in the rebuilding and recovery process. But if the damage is widespread, there may not be an adequate supply of laborers.

Finding enough builders and construction workers to fill jobs in Texas was difficult before Hurricane Harvey hit. The Lone Star State received the most new residents of any state in 2016, leading to a high demand for residential construction.

Thousands of residents need homes rebuilt after wildfires devastated parts of Northern California. But the high cost of living in Sonoma and Napa counties has made hiring contractors challenging. Local construction markets have been left in a difficult position.

One could argue that states across the country are having a hard time meeting the growing need for construction workers. The Bureau of Labor Statistics reported 237,000 open construction jobs in July before the latest storms struck.

When the housing bubble burst in 2007, many skilled tradesmen lost their jobs and found work elsewhere. Though the demand for builders in the housing market has rebounded, the labor supply remains tight for several different reasons. One problem is the lack of interest in construction among younger workers.

A clear solution to these issues has yet to be identified and some indicate that things could be getting worse. The National Association of Home Builders found that 77% of builders face a shortage of framing crews. Fifty-eight percent say they don’t have enough roofers and 43% report a shortage of building maintenance managers.

The National Association of Home Builders found that 77% of builders face a shortage of framing crews. Fifty-eight percent say they don’t have enough roofers and 43% report a shortage of building maintenance managers.CLICK TO TWEET

Across nine different trades in the construction industry, the average shortage of laborers has reached its highest point since 2000. In short, no matter where disaster strikes in the United States, rebuilding efforts are likely to lag and prices are likely to spike.

If there’s a shortage of construction workers and a need for their services, there may be a wage surge of up to 50%. Out-of-state workers may flood the area to benefit from the increased demand for their skills. Builders may also benefit from growing competition among contractors.

If there’s a shortage of construction workers and a need for their services, there may be a wage surge of up to 50%. Out-of-state workers may flood the area to benefit from the increased demand for their skills. Builders may also…CLICK TO TWEET

A demand for building materials can also lead to price increases. This is especially true for lumber prices, which have risen to the highest level in 13 years. The supply of lumber has been affected by recent natural disasters as well. The California wildfires in particular have substantially reduced the amount of resources available.

Other items, including drywall, concrete and steel can become scarce following a bad storm. Having to ship them to an area affected by a natural disaster can further complicate matters.

The lasting impact of natural disasters

Storm repair and recovery take time away from planned construction and commercial work. Infrastructure and residential needs rightfully take priority. But the same elements that drive up rebuilding costs — like labor and supply shortages — also cause construction delays.

Price hikes in the construction industry can last far beyond what one might expect. After Hurricane Katrina, higher prices remained for several years. Rebuilding efforts can also drag on with no end in sight.

Despite the damage hurricanes and other natural disasters cause, some say they ultimately have the potential to boost local economies. The need to rebuild a city brings resources to the area and makes former disaster zones more attractive places to settle. Before they can reap these benefits, however, residents must cope with the stress of filing insurance claims and putting their lives back together.

If inflated costs of repairing damaged homes exhaust insurance coverage limits, homeowners could end up picking up the tab. Luckily, there are ways to avoid high rebuilding costs.

Some insurance providers, like Hippo, offer extended replacement cost policies. They cover the full amount you’re charged when the reconstruction is done, even if a natural disaster increases the cost of labor and building materials. That means you won’t have to pay the difference between the expected and the actual cost of repairs.

Petscaping: How To Create A Year-Round Pet Oasis 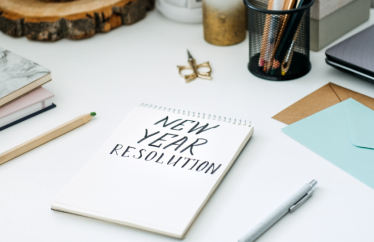 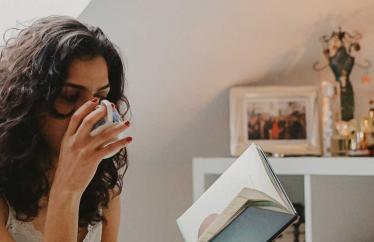