Freak accidents that home insurance claims teams have to see to believe.

Homeowners insurance is designed protect you when unexpected costs arise. But who foots the bill when something truly unexpected happens, like a freak accident you wouldn’t expect your insurance plan to cover? We asked experienced insurance professionals to share some of the craziest claims they’ve come across. You’ll never believe what they told us.

Imagine climbing into a hot tub full of 150-degree water. You feel a lot of pain and have to rush to the hospital because you have third-degree burns. That’s exactly what happened when one policyholder’s hot tub malfunctioned.

If you own a home, keep in mind that you’re responsible for the maintenance and upkeep of everything on your property. That rule applies to everything from hot tubs to trampolines.CLICK TO TWEET

If you own a home, keep in mind that you’re responsible for the maintenance and upkeep of everything on your property. That rule applies to everything from hot tubs to trampolines.

When a big gust of wind whips through a neighborhood, trampolines can turn into giant flying frisbees. States like Georgia, Texas and parts of the Midwest are frequently battered by winds  reaching speeds of 50 miles per hour or more. On several occasions, a trampoline has flown into a neighbor’s home and caused extensive damage.

The chronicles of doors to nowhere

A closet door that leads to a magical land sounds great. But you should warn your guests if you have what insurers refer to as “doors to nowhere.” It’s not uncommon to hear about a visitor exiting a door and ending up with a broken leg.

A round of golf in the backyard may sound great, but make sure you watch your drives. Errant shots can shatter windows and solar panels. Though the damage may be covered by your homeowners insurance policy, it may drive your premiums — and your golf score — way up.

Corner lot homes often get unwanted visitors. And some may arrive by driving their car into your living room. The driver’s insurance policy should cover most of the damage. But if there’s a maximum coverage limit, you’ll need to ask your homeowners insurance company to chip in. If you live in a dangerous spot, consider installing a barricade in front of your house.

A homeowner who invited a friend to a barbecue ended up with a massive insurance claim. The deck he had just built wasn’t up to code and it collapsed under the weight of the party guests. The friend broke his wrist and suffered permanent nerve damage from the incident. He couldn’t keep working his high-paying job and ultimately sued for negligence. It’s safe to say they aren’t friends anymore.

They say lightning won’t strike the same place twice, but one homeowner found out that’s simply not true. A big, beautiful willow in the backyard was struck three different times. On two of those occasions, branches fell and crushed someone’s car. The last time the tree collapsed, it took the neighborhood’s power lines with it.

One home insurer paid a claim for a firefighter who burned his own home down. When a fire ignited in the kitchen, he panicked. Because he ran out of the front door instead of the side door, the flames spread quickly. Let’s just say he was pretty embarrassed when the fire trucks arrived.

Be careful when you write reviews online. What you say could be used against you. One home insurer got a phone call from a policyholder who was sued after he trashed a restaurant on Yelp. The restaurant claimed that the review was libelous and hurting their business.

We know at least one policyholder who regrets letting their daughter have sleepovers. When the slumber party guests were supposed to be sleeping, one young girl decided to get a snack from the kitchen cabinet. She climbed up on the counter and got what she wanted, but got hurt on her way down. The damage was permanent and the homeowners incurred her hospital costs and a lawsuit.

Homeowners love displaying decorations on their lawns during the holidays. And on Halloween, it’s normal for kids in a neighborhood to run from one house to another, on the lookout for candy. Sometimes, trick-or-treaters trip over cords tied to inflatable decorations and smash their faces. When that happens, the homeowner is usually held liable.

Worried if your latest accident is covered? Contact a Hippo specialist, we’re here to help.

2021 Smart Home Trends: Tech To Look For In Your Next Home 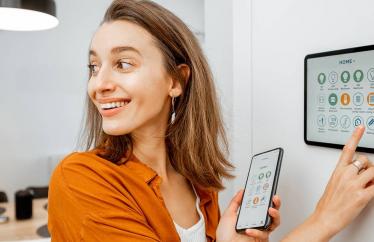 Retire in Style: A Senior’s Guide to Second Homes

What To Do After a Hail Storm