For Americans in Ohio and beyond, a home is likely the largest single purchase we’ll make in our lifetime. That cost, coupled with a its significance in our lives, makes it all the more important to protect a home and the property within in. Homeowners insurance can provide that protection. Standard policies include coverage for dwellings, personal liability and property, as well as additional living expenses if your home becomes uninhabitable.

Though covered perils are largely the same with any policy, exact coverage, costs and details vary based on factors like your home’s value, your insurance score, your credit history, and the provider you choose. Perhaps most significant, though, is your home’s location. That’s why we created the Ohio homeowners insurance guide, which can help Buckeye State residents access the information and resources they need to keep their home safe.

Since Ohio doesn’t suffer many natural disasters and falls in the middle of the pack when it comes to overall safety, it isn’t too costly to insure an Ohio home. In fact, according to the Insurance Information Institute, Ohio is the seventh least expensive state when it comes to buying  an HO-3 policy. Ohio homeowners pay an average of $819 in yearly premiums, which is more than $350 lower than the national average. It certainly doesn’t hurt that the median home value in Ohio (currently $133,800) is nearly 40% lower than the median home value across the country.

According to the Insurance Information Institute, Ohio is the seventh least expensive state when it comes to buying an HO-3 policy. Ohio homeowners pay an average of $819 in yearly premiums, which is more than $350 lower than the…CLICK TO TWEET

That being said, Zillow does predict Ohio home values will rise 6.3% within the next year and insurance premiums are climbing all over the U.S. Plus, as in any state, rate fluctuate greatly between different cities and communities. Homeowners in areas surrounding Lake Erie, for example, are more susceptible to tornadoes and homes concentrated along the Ohio River are more likely to experience flooding. Those additional risks drive insurance costs up. Luckily, there are ways to lower your premiums no matter where you live. Try speaking with your provider to see if you qualify for any common insurance discounts.

Even though natural disasters are rarer in Ohio than other states in the country, they still happen. Before you purchase a policy, you should ask potential providers how they handle major weather events, theft, and other dangers your home may be vulnerable to. Keep in mind that even covered events can lead to financial trouble if you don’t have enough coverage. That’s where endorsements and supplemental coverage come in.

Floods are a year-round threat all across the country. As recently as February 2018, Governor John Kasich declared a State of emergency for 17 Ohio counties due to severe flooding. Even though flooding is more common around major bodies of water, every home is at risk. Flood damage is not covered by a typical policy, but separate flood policies are available through the federal government with FEMA’s National Flood Insurance Program (NFIP) or an insurer that works with NFIP. The average NFIP policy costs about $700, but you could find it for much cheaper if your home isn’t considered high-risk. The Ohio Department of Natural Resources (ODNR) and FEMA flood maps can help you determine if your home is in a flood hazard area.

The Ohio Department of Natural Resources (ODNR) and FEMA flood maps can help you determine if your home is in a flood hazard area.CLICK TO TWEET

Even though a major earthquake hasn’t hit Ohio for more than 100 years, numerous smaller quakes strike the state every year – especially in the Western Ohio and Northeastern Ohio Seismic Zones. As is the case with flood damage, earthquake damage isn’t covered by standard homeowners policies. Luckily, several Ohio insurance companies offer earthquake endorsements for a pretty affordable cost. That being said, the deductible ranges between 2-5%, which is pretty high. Plus, certain homes tend to sustain more damage in the event of a quake, so homeowners that live in a brick or masonry home may have to fork over more than those in a frame house. Check out seismology maps and more information about earthquake insurance on the ODNR site.

Like homeowners in Illinois, certain homeowners in Ohio may need mine subsidence (ground movement caused by the collapsing of underground mines) coverage. The first Ohio mines date back to 1800, before Ohio was even a state. Old mines can be found throughout the state, but are mostly concentrated in eastern Ohio. In 1985, the Ohio legislature established the Ohio Mine Subsidence Insurance Underwriting Association (OMSIUA), which provides mine subsidence policies. Deductibles are two percent of the insured home’s value at a minimum of $250 and a maximum of $500. In certain counties, these policies are mandatory.

In 2017, there were 39 tornadoes in Ohio. Peak tornado season is generally April through July, but they can occur any month of the year. Wind damage (usually described as “windstorm peril”) is included in standard HO-3 policies, but high-risk homes may need more than the standard amount. Winter storms present a similar problem. There are blizzards and below-zero temperatures in Ohio almost every year, which can cause serious property damage like roof collapse and burner blowbacks. Only certain providers, like Hippo, have coverage for burst pipes. If you’re covered by another provider, you might need to get an endorsement. The Ohio Committee for Severe Weather Awareness has more information about both of these events.

In addition to weather-related concerns, Ohio homeowners may want to consider animal liability insurance or an umbrella policy that would provide coverage in the event that your pet hurts someone on your property. Ohio is one of the top ten states for dog bite claims and in 2016, the average dog bite claim in Ohio paid out $34,265. State law even requires owners with certain breeds of dog have at least $100,000 liability coverage on the policy. Crime is another concern Though the FBI’s Uniform Crime Reporting (UCR) program found that the rate of burglary is lower in Ohio than across the country, robberies are unpredictable. In addition to locking doors and windows and keeping the home well-lit, homeowners should thoroughly investigate how their policy handles theft claims and get valuables appraised to determine whether additional coverage is necessary.

Most states have a “back-up” homeowners insurance option to ensure high-risk residents get the coverage they need. In Ohio, last resort policies are available through the Ohio FAIR Plan Underwriting Association. Every company selling property insurance in the state helps fund it. Similar to a private policy, a FAIR plan covers homeowners in the event of fire, vandalism, and other catastrophes. To qualify, you have to prove you can’t get coverage in the regular market and inspectors must agree your home is eligible. Just beware that FAIR plans tend to cost substantially more than a standard policy. They should truly be a last resort.

The FAIR program isn’t Ohio’s only helpful association. The Ohio Department of Insurance (ODI) has all sorts of resources, like a Severe Weather Toolkit, inventory checklist (though we recommend making a video too), and their own Ohio Homeowners Insurance Guide. The ODI doesn’t recommend or rate insurance companies, but they do provide a list of companies licensed to sell insurance in the state. ODI can also help if you need to file a complaint against an insurance agent or company. Behind their site, you can call the consumer helpline at 1-800-686-1526 or visit in-person at their office on West Town Street in Columbus.

The ReadyOhio program, created with the Department of Public Safety, Ohio Homeland Security, and Ohio Emergency Management Agency, is another initiative that helps state residents protect their homes and family. In addition to preventative steps and safety measures specific to floods, fires, tornados, winter storms, terrorist attacks, power outages, and earthquakes, it has a kid’s section with games and other educational tools that can help homeowners share important emergency preparedness lessons with their children.

Homeowners in Ohio are legally required to insure their house for at least the amount of their mortgage to satisfy both lenders and the state. Of course, that’s a minimum requirement and you should consider the benefits of replacement cost policies (especially those that address heightened construction costs) so that you have adequate coverage if something goes wrong.

On the other end of the spectrum, policyholders in Ohio will be happy to know that every property insurance provider in the state is legally obligated to belong to the Ohio Insurance Guaranty Association (OIGA), which collects dues as protection in case an insurance company experiences bankruptcy or goes out of business. If your provider becomes unable to pay a valid claim, OIGA will take care of at least some of it.
Relatively speaking, Ohio homeowners are pretty lucky. The state is safe, premiums are low, and legal consumer protections are in place. Of course, you still want to get the best coverage at the best price you can. Whether you want help assessing your options or have questions about your home’s needs, contact the team at Hippo for help! We can also provide a quote in as little as 60 seconds. 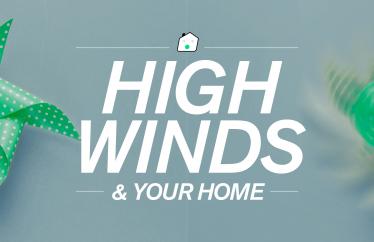 Planning vs. Panic: What to Do Before and After a Hurricane 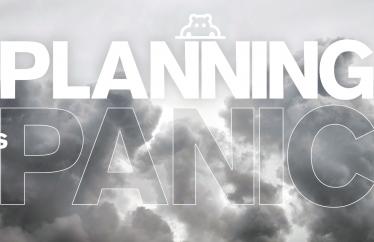 All About the Hippo Claims Process 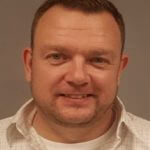